Volcanic activity is notoriously difficult to monitor and predict. The European Space Agency and ICEYE collaborated on a pioneering project to pilot a novel method for tracking rapid changes in the Earth's surface. It was tested during last year's volcano eruption on La Palma, an event that led to steady changes to the Earth’s surface that appeared over months.

The world is facing increasingly frequent natural disasters that require rapid emergency planning and response. There are already plenty of Earth observation satellites deployed that provide valuable information about what’s happening on the ground before, during, and after events. But current data availability and latency are still a challenge. In many cases, changes, which often have massive impacts on the environment, can’t be detected in time.

In a pilot project initiated by the European Space Agency (ESA), ICEYE imagery was tested for the creation of digital elevation models, ground deformation mapping based on interferograms, and change detection analysis.

In this blog, we’ll focus on change detection analysis and share a novel method for rapid revisit change detection that was used during and after the La Palma volcanic eruption, which happened from September to December 2021. The ESA and ICEYE teams were able to use this method to accurately track the lava flow and observe the hardening process of the lava over the entire affected area from the cone to the sea. This is a revolutionary capability that enables scientists and experts to understand and respond to environmental and other events and disasters in a way that’s never been possible before.

Figure 1. This photograph captures a lava flow from the Cumbre Vieja eruption on La Palma on October 14, 2021.

The island of La Palma in the Canary Islands experienced one of the most severe volcanic eruptions in recent history. Starting on September 19, the Cumbre Vieja volcano began spewing lava from the volcanic ridge, which it continued to do for three months. The lava stream flowed into the Atlantic ocean, 7000 people had to be evacuated and an area of over 1,200 hectares was destroyed.

"Lava flows destroy houses in La Laguna town, as a volcano continues to erupt on the Canary island of La Palma, Spain. https://abcn.ws/3FWFvwv"

"A fresh river of lava from the volcano on Spain’s La Palma island threatened to engulf a parish church that has so far survived the eruption that shows no signs of relenting after 10 weeks."

Figure 2. These photos show destruction of infrastructure by lava and ashes during the eruption of the Cumbre Vieja volcano on the island of La Palma.

During the emergency response phase of the La Palma volcanic eruption, the Copernicus Emergency Management Service (CEMS) - Mapping had been activated to help civil protection authorities plan and respond to emergencies by tracking the evolution of the lava flows.

In conjunction with the CEMS activation, ESA launched the pilot project with ICEYE, which is a contributing mission to the Copernicus programme. The goal was to test the benefits of ICEYE’s world-first Synthetic Aperture Radar (SAR) technology to find a way to rapidly track changes on the ground.

With amazing support from ESA, ICEYE was able to collect an enormous number of images during and after the eruption of the volcano and analyse the changes in very short intervals – down to just a few hours. The results were validated by ESA and discussed in several workshops, where there was great interest in this unprecedented ability to detect this level of persistent change.

The ICEYE SAR satellite constellation is the largest in the world and the first to provide a Daily Coherent Ground Track Repeat (GTR) capability, which can track changes on the ground every day. ICEYE's extremely precise satellite overflights enabled the acquisition of a SAR image stack with a uniform geometry over the active volcano on the island of La Palma.

SAR technology has the unique capability to penetrate clouds, rain, smoke and ash clouds. This makes it the only remote sensing method that can provide guaranteed information any time – even at night.

To capture even the smallest details of the landscape, our very high-resolution SAR imaging mode Spot was selected. Spot images usually have relatively small coverage. Here, another unique ICEYE innovation was of great help. The recently launched variant of Spot mode, called Spot Extended Area (SLEA) imagery, is the first SAR image that successfully combines the very high-resolution of 0.5 m in the slant plane with the large coverage of 15 km x 15 km. With SLEA, the entire pilot area could be covered with a single image. 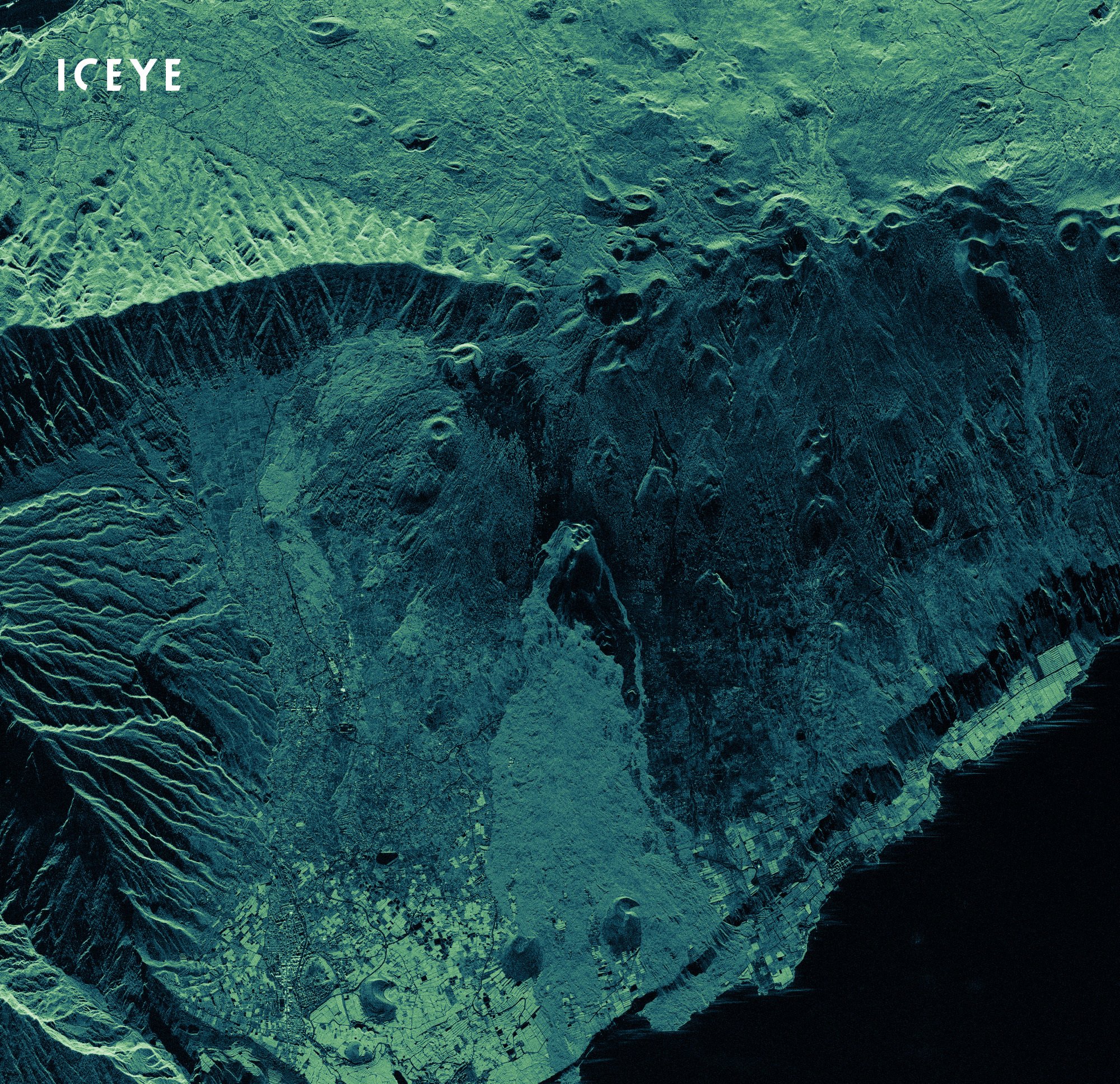 Figure 3. A Spot Extended Area image of the pilot project covering an area of 225 km² around the volcano Cumbre Vieja on La Palma acquired on December 26, 2021.

Two data sets were created. A Daily Coherent GTR data stack consisting of 30 SLEA images was built between October 22 and January 22. Each image was acquired with exactly the same geometry during the descending overpass at 02:28 UTC.

Additionally, 30 more SLEA images were collected by various ICEYE satellites at different times of the day and sometimes up to several times per day. Unlike the GTR images, this set of SLEA images was collected from different geometries.

The two datasets provided the basis for monitoring the landscape changes in the project area using coherence and amplitude change analysis methods, delivering truly valuable insight into how the lava moved throughout the day.

The analysis of the Daily Coherent GTR data allows the extraction of detailed changes – some even invisible to the human eye – and gives scientists, governments and organizations a better understanding of the patterns of events on the ground and their impact on the immediate environment.

Figure 4 shows the CCS over the Cumbre Vieja volcano between December 1 and December 20, 2021. The illustration highlights the rapid changing lava flow during and after the volcanic eruptions from the main volcano cone to the ocean, distinguishing between lava from previous eruptions in the process of hardening and lava from the most recent eruption. So instead of just identifying the presence of lava, we now have a clear, almost real-time understanding of the behaviour of this volcano and can use that information to make informed decisions on how to respond.

Figure 4. This CCS shows the rapid changing lava flow during and after the Cumbre Vieja volcano eruption (December 1 - 20, 2021). The light red areas illustrate lava from previous eruptions and the dark red indicates lava from the most recent eruption.

In addition, ICEYE was also able to draw conclusions about the thick and constantly changing layer of ash that settled on the ground around the volcanic cone during the eruptions, even though this phenomenon strongly reduced the coherence.

The Value of the Rapid Mapping of Natural Phenomena

Validation of the project results was provided by ESA. For this purpose, the Copernicus Coordinated Quality Control Team performed intensive quality control checks that included the ICEYE database, the process, and the analysis results.

The results showed that the processing of the data, which included the elimination of disturbing effects introduced by certain acquisition parameters, were handled successfully. Another challenge was the temporal gaps in the GTR time series. The official start of the contract coincided with a scheduled satellite maintenance, which meant that continuous daily coverage couldn’t begin until December 4, 2021.

The Daily Coherent GTR time series between December 4 and 26 demonstrates the tremendous potential of this technology. It allowed daily detailed observation of the eruptions and associated lava flows at the end of an eruptive phase that lasted for almost three months. The last eruption took place on December 13. After that, the images show the curing process of the lava, which was completed on December 20. From this time on, no additional changes were observed.

In this ESA pilot project, ICEYE has impressively demonstrated the capability of the Daily Coherent GTR and sub-daily SLEA imagery to reliably and most accurately monitor rapid changes on the surface. The tracking of the lava flow course is the first of its kind. The developed method has the potential to assess and predict the risk of rapid changes, such as the spread of lava flows.

This type of rapid mapping was previously unavailable and increases the value of Earth observation for planning and implementing emergency response to natural disasters. This pilot project has shown in a powerful way that the ICEYE satellite constellation complements very well other synthetic aperture radar missions in the Copernicus programme.

Change detection analysis with SAR satellite imagery can be a very powerful tool, especially for rapid changes over large areas. Many changes on Earth occur during adverse weather, like flooding when it is raining and cloudy or, as described in this blog, volcanic eruptions that are usually accompanied by smoke and clouds of ashes. SAR is the only technology that can penetrate these obstructions that prevent other sensors from capturing images. And only ICEYE SAR satellites, aided by our imaging modes, are able to capture small and subtle changes daily with our Daily Coherent Ground Track Repeat capability. 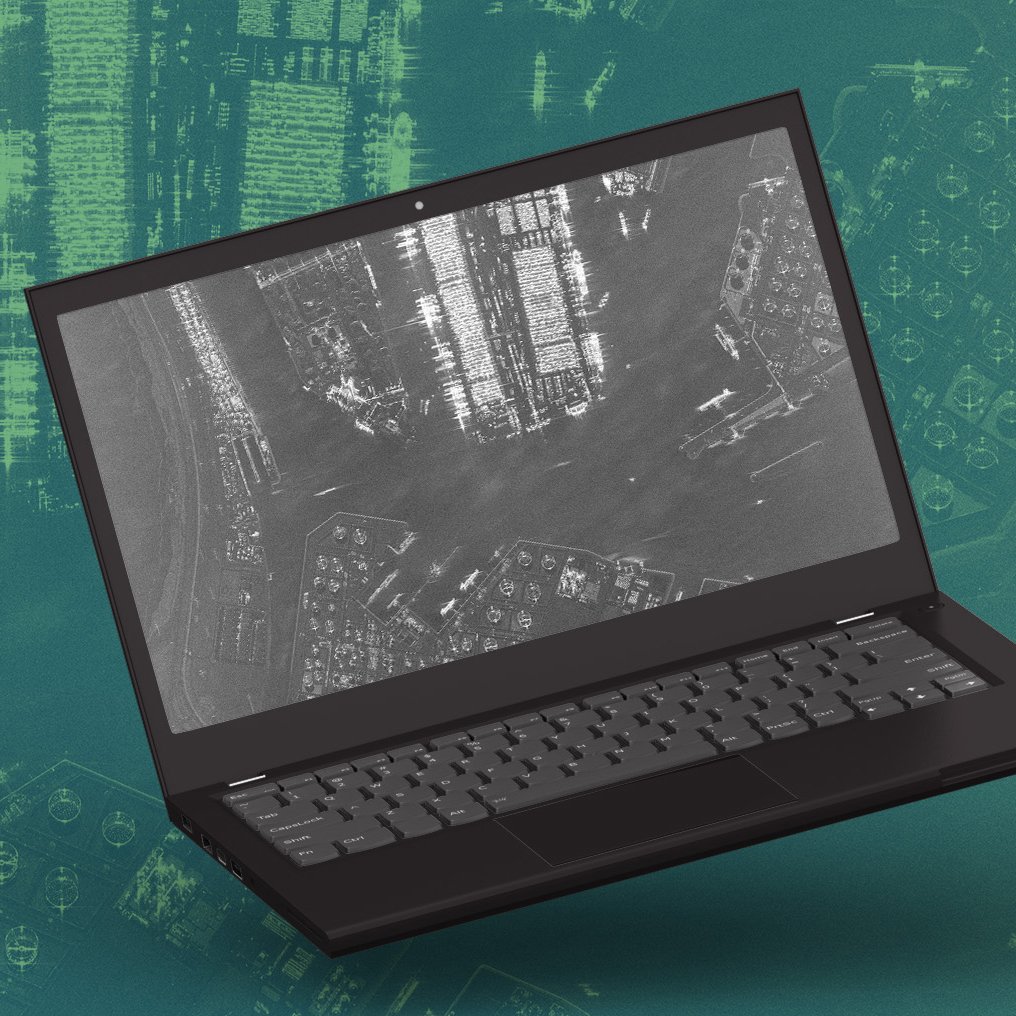 Download our Daily Coherent GTR dataset of the Port of Rotterdam, The Netherlands and explore the daily activities.