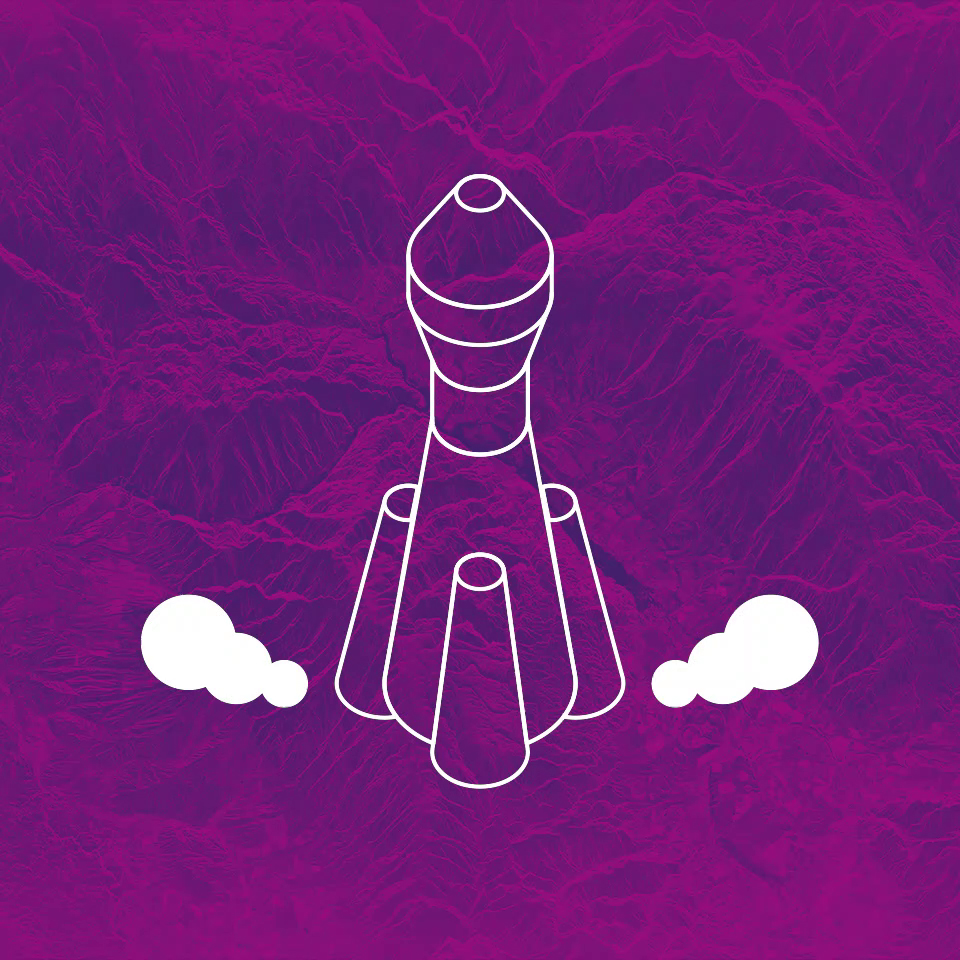 100% of satellite missions eventually come to an end. New Space thinking is changing the way individual satellite development happens, and how operational value is gained from missions.

Two weeks ago, on July 10, 2019, the launch of a Vega rocket built by the European company Avio failed due to a major anomaly, resulting in the loss of a United Arab Emirates imaging satellite, Falcon Eye 1. In total, the insurance losses of the launch and the the 1,200-kilogram high-resolution imaging satellite have been reported to reach US$416 millions.

As reported by SpaceNews, Falcon Eye 1 was a dual-purpose satellite designed for the UAE Armed Forces and the commercial market. The satellite was built by Airbus Defence and Space with the payload supplied by Thales Alenia Space. The original payload technology has been reported to have originated from France’s high-resolution Pléiades imaging satellite constellation.

This total loss of a satellite was not unique in the industry. Mission losses are something that comes with the territory.

Dr Mohammad Al Ahbabi, Director General of the UAE Space Agency, tweeted on July 13 that the mission loss is a stark reminder of the realities of the aerospace sector.

"The loss of UAE (Falcon Eye 1) satellite due to (Vega) rocket failure, remind us that space is hard & challenging, but this is why UAE has ambitions space program, we will come back very soon with (Falcon Eye 2) stronger than ever before."

100% of Satellite Missions Come to an End

It is not only failed rocket launches that cause satellite missions to end abruptly. DigitalGlobe, a division of Maxar Technologies reported in January 2019 the effective loss of WorldView-4 (formerly GeoEye-2) high-resolution imaging satellite, resulting from malfunctioning control moment gyros. This over 2,000 kg spacecraft served for a little over 2 years, with an insured value of US$183 millions, and total costs originally speculated at over US$800 millions.

It is important to understand that the life cycle of every satellite mission eventually comes to an end. It is not just about things going wrong.

Ideally, you could say, a mission lasts longer than 0 days, meaning that the initial launch and satellite separation from the rocket is a success. Ideally, communications work without a hitch. Ideally, satellite commissioning goes smoothly. Ideally, operations go on for longer than has been originally planned, and significant operational value is gained from an individual unit throughout its life.

A prominent example of a long-lasting imaging satellite mission is RADARSAT-2, which is now years beyond its originally estimated mission end date — still alive and kicking. The robustness of this satellite has exceeded expectations, and it is a testament to the efforts and talent of all those who have worked on that satellite before and after launch.

Ultimately, the key question is how much value can be gained from a single satellite mission before it, inevitably, comes to an end one day.

According to the Space Investment Quarterly Report by Space Angels, investments into the satellite industry amounted to US$1.7B, Year-to-Date 2019.
[Note: The Q2 report is available via the link, although the page displays Q1]

This is where small imaging satellites come into play, as they promote a different way of thinking about the economics and the goals of satellite missions.

Rather than putting all one’s eggs into one basket — that is, one massive mission —constellations of small satellites are being introduced even in fields where their use was previously thought nearly impossible. The miniaturization of technology such as Synthetic-aperture radar (SAR) has been a major achievement. To make it possible, new types of development and manufacturing methods have had to be adopted.

One of the key benefits of New Space has been a trend in accomplishing lower launch costs, as companies have reached a significantly lower mass for individual satellites, compared to what was achieved in the past. The sheer volume of satellites in a constellation provides an improvement in revisit times, resulting in the ability to image individual locations more often.

After trialing several different methods of manufacturing, ICEYE has moved to a full-scale design, assembly and integration process that enables a dramatic change in development cycles of SAR satellites. The recent simultaneous launch of 2 SAR satellites from ICEYE is being followed by more ICEYE SAR satellites still this year.

It used to take years, if not a decade, to develop and manufacture individual SAR satellites. ICEYE now gets a new unit up and running, all the way to orbit, in a matter of months. 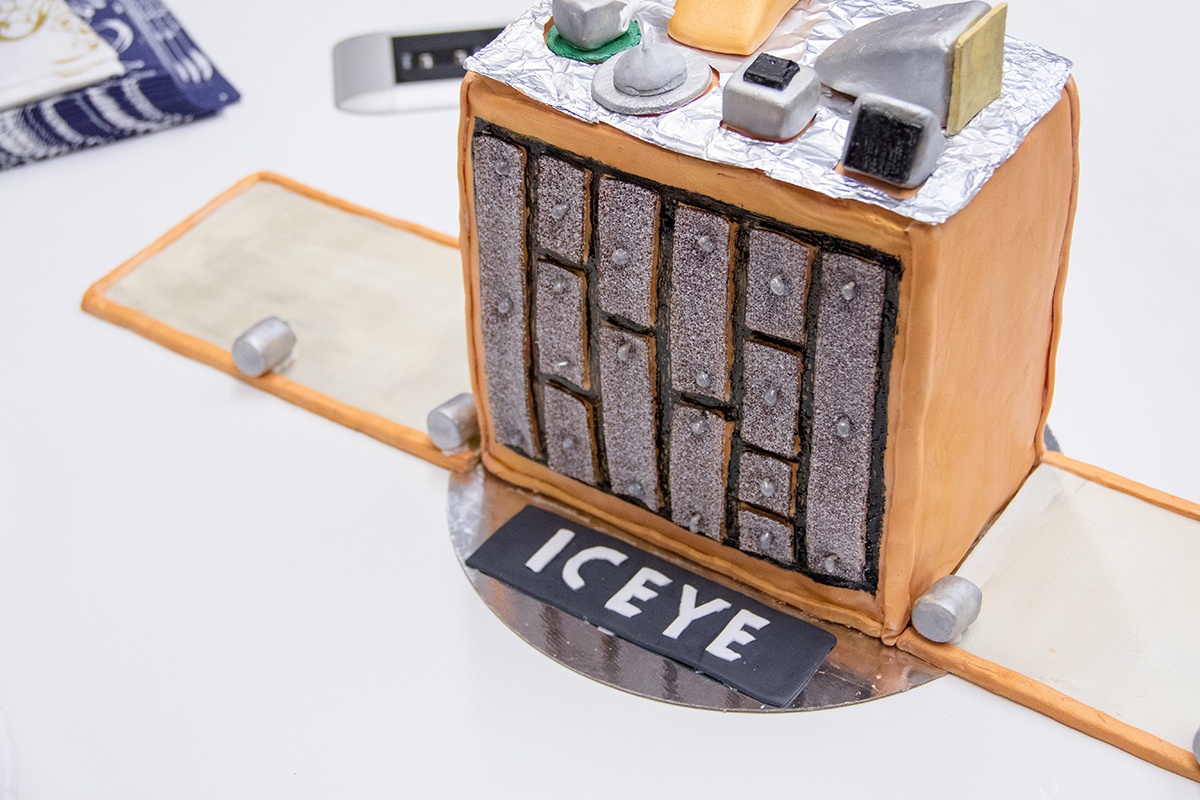 ICEYE cake at the launch party of the world’s first small SAR satellite, ICEYE-X1, launched back in January 2018.

It is fair to say that each satellite launch is daunting for everyone involved. Regardless of whether the approach used in the development of a unit falls within a New Space or a more traditional approach, a huge amount of people have collaborated to get that satellite built.

Champagne flows, when initial contact is made with a satellite newly in orbit. Getting to that point is not a trivial achievement, as this recent Vega launch failure shows.

Let us hope that the number of launch failures keeps decreasing as the industry advances with more and more satellites going up. Launch anomalies will continue to happen — don’t be surprised when the next one comes around.

Instead, dust yourself off, and go again. 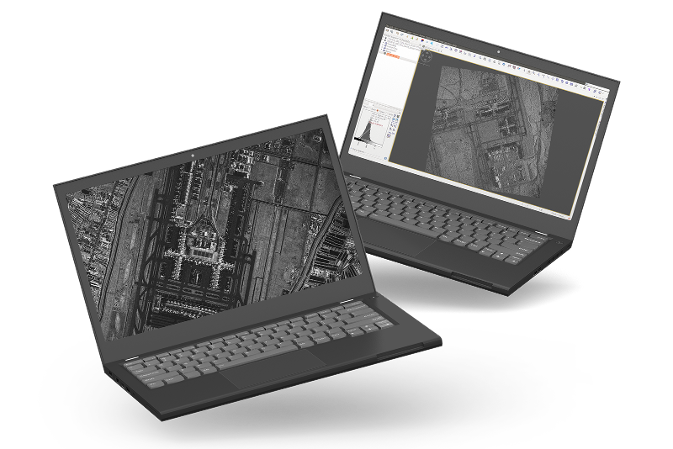