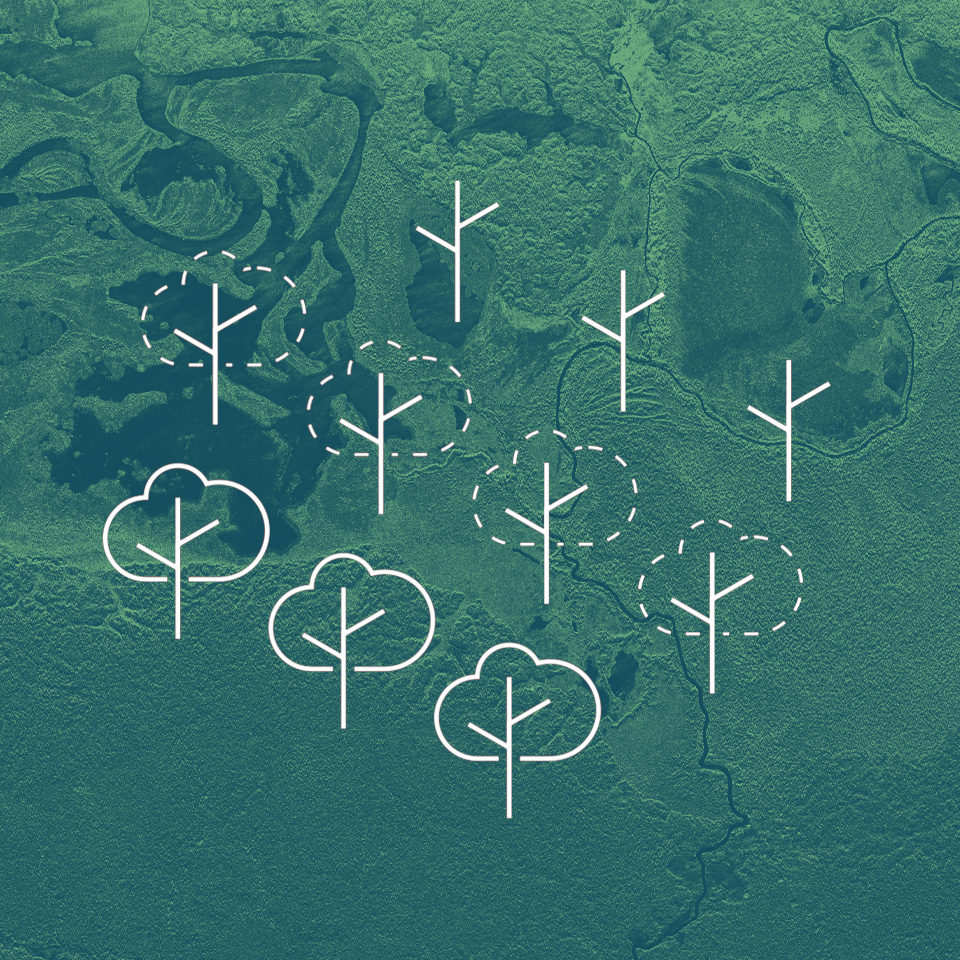 Over the last years, the reduction of forested areas worldwide has been increasing dramatically. Satellite images are a reliable source to identify and verify the extent and the level of forest loss.

Forests cover 31% of the land area on our planet. Worldwide forest destruction has been steadily increasing over the last 50 years, causing a number of significant problems for humans, animals, and the ecosystem. Forest areas are damaged and destroyed for a variety of different reasons intentionally and unintentionally by human-linked activities like establishment of agriculture and livestock production, forest fires, insects, and diseases.

The destruction of forest ecosystems jeopardizes the livelihood of millions of people and accounts for about 10% of global CO2 emissions into the atmosphere. The loss of forests contributes significantly to global warming causing changes to the Earth's climate.

Remote sensing is a valuable technique which helps to monitor deforestation and forest degradation worldwide. Satellite data supports the regular mapping and monitoring of large land areas, which is especially helpful in case of difficult accessible regions.

Radar satellite technology with its capability to penetrate clouds is often used for investigating tropical forests as they are most of the time under clouds. Radar is also able to capture images through darkness which can be of great benefit for tracking nighttime activities. Remote sensing is a very effective way to monitor the ongoing worldwide loss of forest as it is very sensible to changes in forest structure and to analyse its impact on the environment. 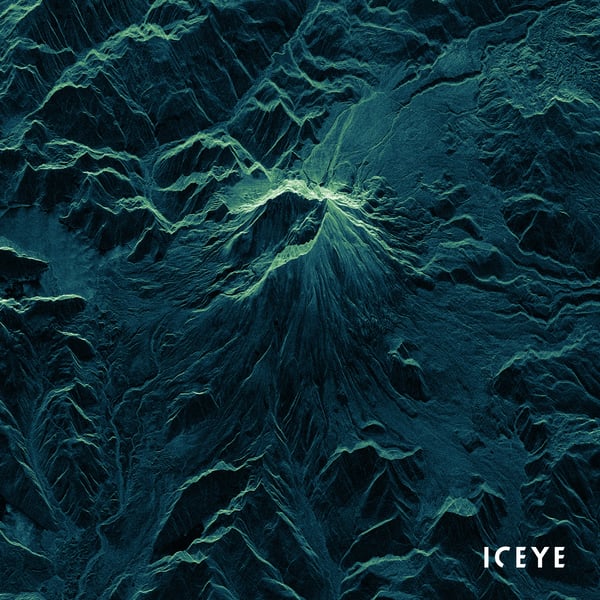 Reasons for Deforestation and Forest Degradation

The reduction of forest happens due to deforestation and forest degradation.

Deforestation refers to the entire and permanent removal of forest and the areas are converted to non-forest uses, such as urbanisation, agriculture and road construction. One of the main drivers of deforestation is unsustainable and illegal plantations, very often to grow cash crops like palm oil and rubber.

Not all deforestation is intentional. Some is caused by a combination of human and natural factors. Farming, overgrazing, mining, and drilling combined account for more than half of all deforestation. Forestry practices, wildfires and urbanization making up the remainder.

Forest degradation means that the forest still exists but its functions are getting reduced. Its health declines continuously and at a certain stage the forest can no longer support people and wildlife by, for example, filtering air and providing food.

One of the drivers of forest degradation is climate change. Higher temperatures and unpredictable weather patterns increase the risk and severity of drought, forest fires, pest infections and diseases.

The main cause, however, is unsustainable and illegal logging. The worldwide increased demand for cheap lumber, paper products and fuel is a very profitable business which facilitates illegal activities. Clearings, destroyed vegetation, webs of roads and tracks, and ditches carved into the forest ground are the impact of illegal logging.

Between 2015 and 2020, the rate of deforestation was estimated at 10 million hectares per year. In relation to the area, degradation of forest is an even bigger problem than deforestation but forest degradation is very often a preliminary stage of it.

The worldwide reduction of forest affects the lives of 1.6 billion people whose livelihoods depend on forests.

About 13.2 million people across the world have a job in the forest sector and another 41 million have a job that is related to the sector. Many of them live in the forest or nearby. Additionally, many animal species rely on forests. 80 percent of the world's land-based species, such as elephants and rhinos, live in forests.

Besides facilitating soil erosion, flooding, and desertification, deforestation has a tremendous impact on climate change since forests play a critical role in mitigating global warming. Cutting trees adds carbon dioxide to the air and removes the ability to absorb existing carbon dioxide. If tropical deforestation were a country, it would rank third in carbon dioxide-equivalent emissions, behind China and the U.S., according to the World Resources Institute. 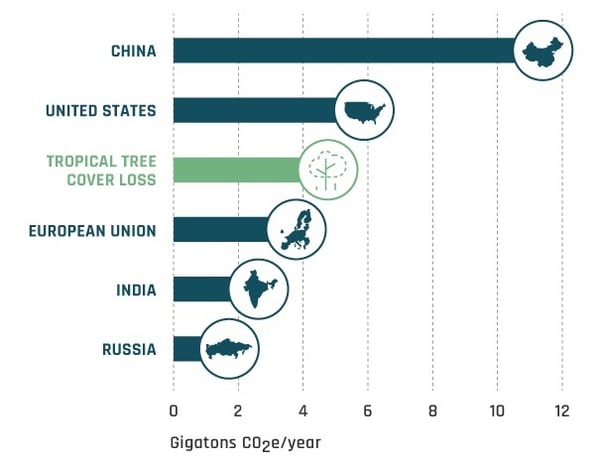 Monitoring deforestation regularly and developing warning systems of forest loss are essential to protect the forest ecosystem. Remote sensing of forest changes plays a leading role in the monitoring effort. While optical data have been the standard for forest monitoring for a long time, the advantage of operational SAR technology is evident in this field.

SAR data availability is an invaluable supplement: radar sensors are cloud-penetrating and guarantee continuous monitoring day and night, at any weather.

Continuous cloud cover considerably limits the availability and usage of optical data. This is of high interest for many countries, and especially for tropical regions.

Figure 3 illustrates an example for clearcuts in radar images (white boxes). The radar backscatter differences in the SAR image allow to distinguish between forest and non-forest areas and make it possible to map and measure the extent of deforestation. 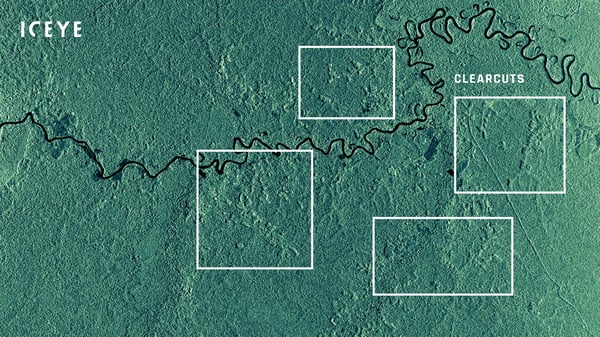 For change detection analysis, a stack of radar images is needed. Figure 4 shows an example for ongoing deforestation (white polygons) in the Guaviare Department, Colombia, between January and May 2020. 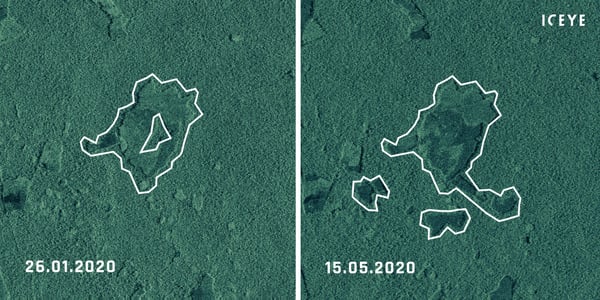 Figure 4. ICEYE SAR satellite Strip image comparison of a forest near Calamar, Guaviare Department, Colombia, acquired on 26th of January and 15th of May 2020.

SAR satellite imagery is a valuable and important contribution to the detection and monitoring of deforestation worldwide. Capturing imagery day and night through rain, clouds, fog or even smoke makes SAR a reliable source of information for monitoring activities.

Discover the quality and level of content of Strip mode imagery that combines the advantage of large coverage, fine resolution and high revisit: 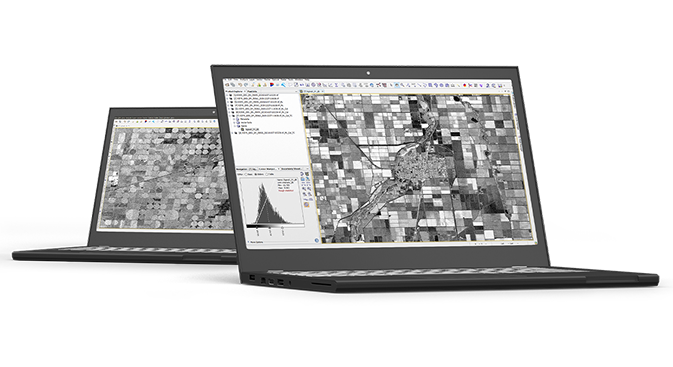 Melanie Clift, Director of ESA and UK Account, ICEYE
A dynamic Account Director with a passion for disruptive SAR and a great advocate for ESA and UK programmes. Especially interested in rapid response Earth Observation.