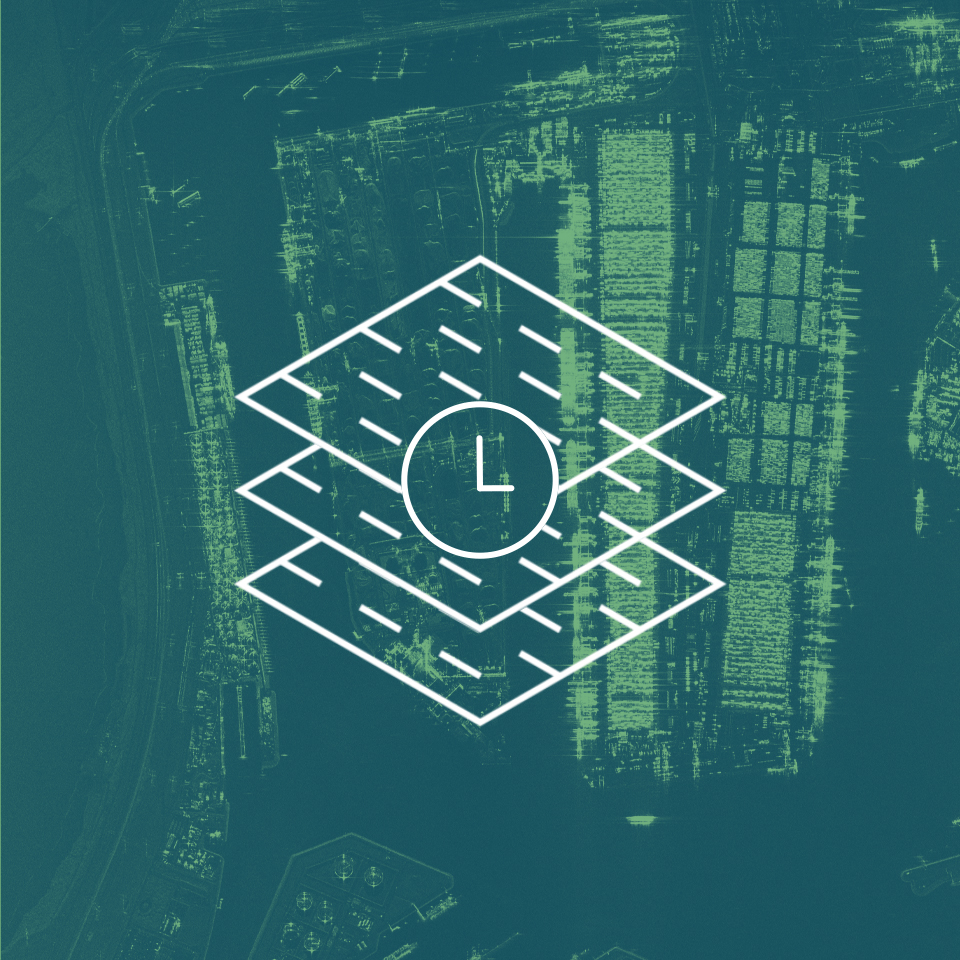 It is interesting to look down on planet earth from orbit and see events as they are happening. But wouldn’t it be even better to be able to observe what is happening now and anticipate what might happen next? This is called “predictive intelligence”, and with ICEYE’s Daily Coherent Ground Track Repeat, it is now possible.

The key to predicting the future is to track trends. To do that, it is important to make many observations and look for event patterns that can be extrapolated to a future time.

Having many past observations and projecting only a short time into the future is obviously important for reducing errors. This is something that traditionally hasn’t been possible with imagery. Until now.

Figure 1: What comes next – the key to predicting the future is to spot patterns in the past.

Made for Change Detection

Synthetic-aperture radar (SAR) satellites are inherently designed for change detection (and therefore automation) – images taken from the same location of the same objects are always identical unless something changes. Unlike an optical system, SAR sensors always provide an image - regardless of the time of day or the weather conditions, as the transmitted radar pulses penetrate almost all weather conditions.

The challenge until now has been collecting radar images that are close enough together in time. If images of a location are taken many weeks apart or from different angles, the scene can look very different due to the significant impact that naturally occurring weather events and the everyday comings-and-goings of locals can have on what the radar sees.

That means the next step towards predictive analysis has to be to reduce the period between the observations. This is something that ICEYE has been working hard to achieve over the past year. To understand how we have done that, let’s take a closer look at how orbits work.

Now consider a day in the life of planet earth. In one twenty-four-hour period the earth rotates one full revolution. If a satellite had an orbital period of 95 minutes, then the satellite would rotate around the earth a number of times in one day.

The number of digits after the decimal point is important. If the satellite was above your head at noon on one day, then at noon the next day the satellite would have travelled 0.158 of an orbit past you.

What would happen if we got rid of those numbers after the decimal point? How long would the orbital period have to be for the satellite to travel around the earth a precise integer number of revolutions?

It just so happens that ICEYE satellites have a near limitless amount of propulsion on board through their ion drives. Over the last year, we have been carefully adjusting the velocity of some of our satellites to change their altitude and make sure that they have exactly 15 orbits per day, or a 96-minute orbital period.

This means that every day the satellite can look at a point on the surface of the earth from EXACTLY the same geometry as it did the day before. And it can do this tomorrow, and the day after, and so on – providing a level of persistent monitoring from space that has never been achieved before.

We call these types of orbits Daily Coherent Ground Track Repeat (GTR) because the point on the ground underneath the satellite is exactly the same as a previous orbit and the track repeats constantly, rather than being a fortuitous alignment of the satellite and ground location.

Many satellites have repeating ground tracks. This has been a staple of the SAR earth observation community for many years, providing novel capabilities. But a GTR measured in hours rather than many days has never before been achieved.

When SAR satellites are operated in a GTR orbit, it is easy to detect activity within the images, as long as there is not too much change. With a Daily Coherent GTR, a location can be imaged at exactly the same time every day, which provides some startling results.

Figure 3 shows a stack of 18 images taken at exactly the same time every day for 18 days. If an object in the image hasn't moved in 18 days, then it looks exactly the same throughout the stack. This suddenly makes it very easy to identify anything that has changed from one day to the next – and importantly those areas that never change. It is easy to see ships coming and going and even which containers are being used.

Towards the bottom of the image is an oil storage area. These circular tanks have floating top roofs, so as ships arrive and depart the amount of oil in the tanks rises or falls. You can also see which oil tanks never move, which presumably has some meaning to those who know about oil supply and demand.

As well as monitoring ports and oil storage areas, having a Daily Coherent GTR capability is really useful for the monitoring of natural events, as it helps with scientific analysis.

A notable example has been the Fagradalsfjall volcano in Iceland. Volcanoes are prime candidates for SAR imaging as they are usually covered in ash clouds, which often makes optical visibility into the volcano caldera difficult and dangerous.

In Figure 4, the Fagradalsfjall volcano was monitored every day for 18 days after an eruption began. The precise imaging geometry each day reduces the effects of layover and foreshortening because each day the effects are identical. What we are left with are true changes on the ground. In this example you can see the lava pool filling up and flowing out of the caldera. On day 8 several smaller eruptions occur and on day 17 a chain of lava fountains have erupted from the ground and can be seen flowing down the hillside.

Figure 4. Fagradalsfjall volcano in Iceland over 18 days in April and May 2021. It began to erupt on the 19th of March 2021 and has been spreading lava in the area ever since.

When Can I Get ICEYE Daily Coherent GTR Images?

In this post, we have presented a tantalizing glimpse of the future – where locations on the globe can be reliably and repeatedly imaged with very short times between collections. The examples shown are the first time we have been able to see events so repeatedly and reliably.

For now, the ICEYE fleet is configured and starting to provide Daily Coherent GTR images. Image time-series for commercial use will be available to order soon. In the future, there is nothing to prevent ICEYE from acquiring image stacks with 18- or even just 12-hour intervals. 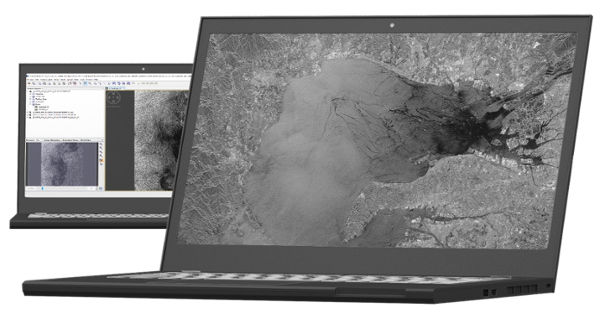