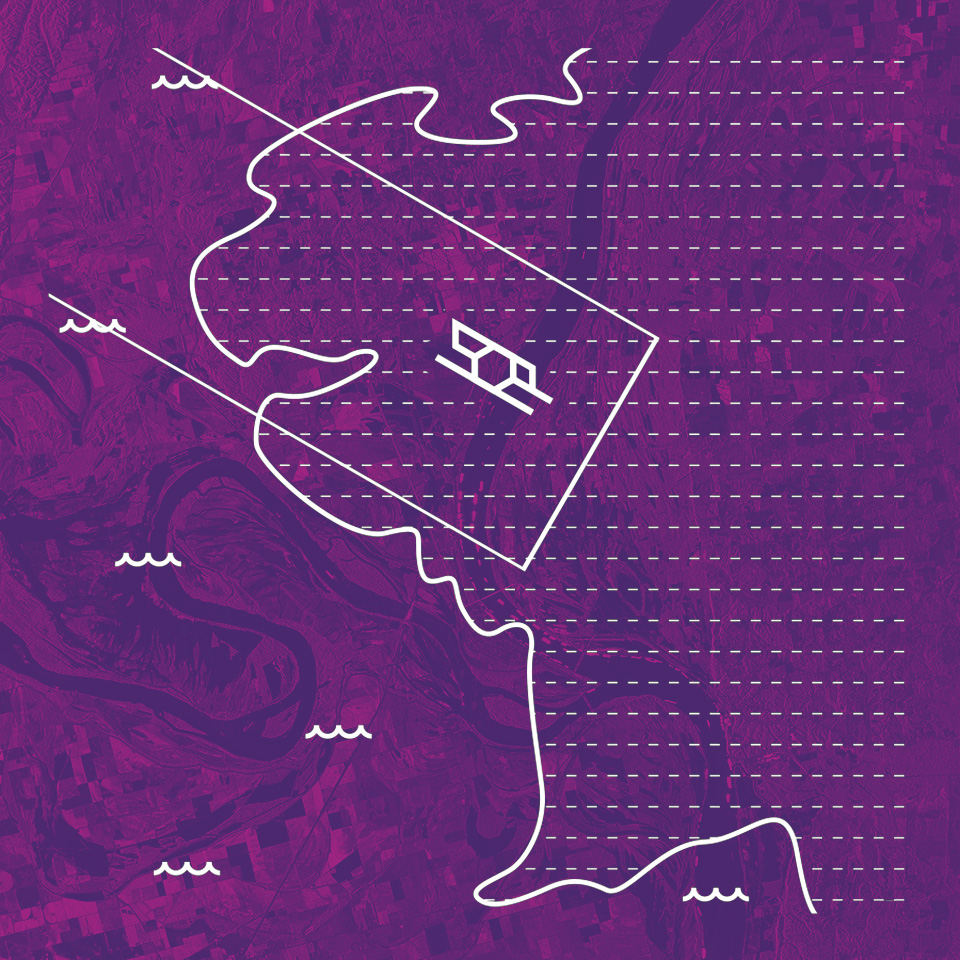 Changes on Earth often happen unexpectedly. To prevent drastic consequences, we need to understand the cause and progression of an event. Large Earth-observing satellite constellations like ICEYE’s have the potential to provide us with valuable information about affected areas – rapidly and at short intervals.

In the event of an incident like flooding, volcano eruption or maritime accident, it is important to respond quickly. Satellites are often the only source that can deliver spatial information about an affected area. However, individual images only provide information about the situation at a specific point in time. To be able to track the progression and development of the event, a time series of images is needed.

This cannot be achieved with single satellites. To persistently monitor an area, multiple satellites are required to ensure fast data acquisition with high revisit capabilities. With the New Space movement, this topic is gaining momentum in synthetic-aperture radar (SAR) remote sensing communities.

This blog is part of a series on how ICEYE is aggressively pursuing persistent monitoring. It discusses why ICEYE’s SAR satellite constellation is a first in the remote sensing market, providing detailed detection of changes anywhere in the world at any time.

Fast Insights at Any Time

Satellite remote sensing is ideally suited to detect and monitor changes on the Earth’s surface as the satellites continuously orbit the planet. It is crucial that images can be captured and converted into actionable information, regardless of where on the globe something is happening and how many events are occurring simultaneously.

To achieve fast and frequent coverage, several satellites have to be available and operated in a coordinated manner so that every point on Earth can be covered in a reasonable time. This places high demands on the satellite control and operation of a constellation.

The more satellites in a constellation, the faster a location can be imaged, the more frequently it can be monitored, and the more locations can be observed simultaneously.

Large satellite constellations like ICEYE’s also have the advantage of negligible latencies in data acquisition since there is always a satellite in the vicinity of the area of interest. 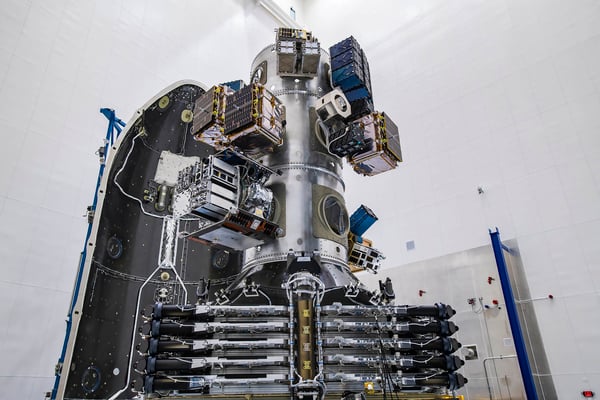 Figure 1. Three ICEYE SAR satellites on the SpaceX launch vehicle, ready to be launched via the Transporter-1 mission on the 24th of January 2021. Credit: SpaceX.

The Most Precise Event Tracking

Rapid changes require tracking with short revisit times. This is the time interval between two image acquisitions of the same area. With access to multiple satellites, images can be acquired in rapid sequences up to several times per day.

The more satellites are operated in a constellation, the more accurately an event can be monitored over time.

Responsive image acquisition with high revisit capability makes it possible to identify sudden and rapidly occurring events and respond to them. And not only that, with very high-resolution images and specific SAR techniques, even minimal changes leading to an event can be detected, allowing incidents to be predicted and preventive measures to be taken to limit the damage to people and nature.

For example, volcanoes often rise or expand before an eruption due to magma rising inside which can be measured from space with SAR technology using interferometric techniques. Avalanches, landslides, earthquakes, and building collapses - all show certain patterns before the occurrence.

The prediction of events based on the detection of rapid changes from space is an absolute novelty and will have a huge impact on satellite imaging applications. ICEYE is the only company that already makes this possible.

The value of an accurate image time series is consistency: a stack of images captured with the same interval over a time of period without any missing images.

Only SAR technology can guarantee such a continuous image time series, as the radar imaging capability is not limited by rain, clouds, fog, or smoke. In addition, as an active sensor, SAR can also operate at night. That makes a large SAR satellite constellation an unrivalled solution.

Another important parameter is redundancy in data acquisition. Redundancy is critical, as satellites require regular maintenance orbital adjustments from time to time. During this time, the data acquisition is interrupted. In a large satellite constellation, the outage of a satellite can be easily compensated by other satellites.

SAR satellite image series support the determination of activity patterns, the understanding of the development of an event, and facilitate the prediction of further progression. This is valuable for situational awareness during natural disasters like oil spill monitoring at sea, commercially valuable when determining progressive activities, and also valuable for intelligence, surveillance and reconnaissance purposes, for example when monitoring fast moving objects like ships at sea or vehicles during a maneuver.

ICEYE recently demonstrated its capability to generate continuous SAR image time series with a time interval of 24 hours between image acquisitions. Figure 2 shows parking cars along a road in the port of Rotterdam over 13 consecutive days and reveals that they are only parked on weekdays.

Figure 2. This daily time series of ICEYE SAR images reveals parked cars alongside a road in the port of Rotterdam on weekdays, but not on weekends.

A New Way to Monitor Events on Earth

This New Space approach makes it possible to bring several of these miniature satellites in rideshare transporter missions into space, which means even large constellations can be set up in just a few years. Since the launch of the first satellite, ICEYE has successfully launched 13 more SAR satellite missions to date. 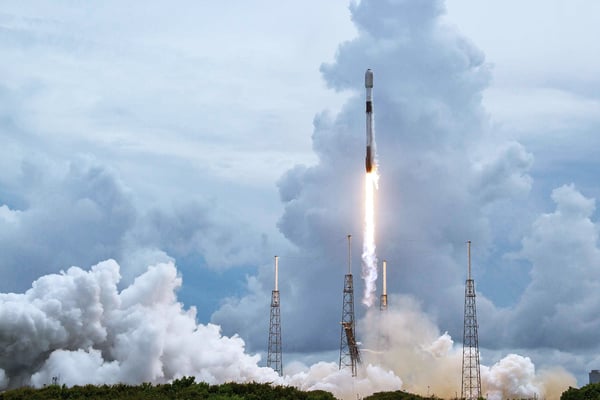 It is not only the total number of satellites but also the design of the constellation that is crucial to enabling global persistent monitoring capabilities with a high revisit rate. ICEYE has optimized the orbits of its constellation towards this goal and operates the satellites in three orbital planes. It is planned to have 18 satellites, six satellites on each plane, in orbit by the end of the year. This provides daily and even multi-daily monitoring capabilities worldwide.

"For so many applications, it’s frequent revisit that is essential, and our world's largest SAR constellation is now at a size where sub-daily revisit is truly available. In addition, what is unique, another world first, is the wide availability of single-day coherent ground track repeat, allowing change detection and differential interferometry every day over sites of interest."

One orbital plane is optimized for Daily Coherent Ground Track Repeat (GTR) imaging. Satellites in this orbit provide images of locations acquired under the exact same geometry, every day at the same time. This enables daily change detection and is the basis for SAR interferometry.

SAR interferometry is a technique for detecting and monitoring changes in the millimeter range on the ground and for creating digital elevation models. It is used to support engineering applications like the monitoring of landslides, the surface movements of areas with underground activities, such as mining, oil fields or tunnels, as well as the infrastructure stability of dams, bridges or buildings, just to name a few.

Figure 4. ICEYE radar satellite imagery from a location near the Mosul dam in Iraq, from earlier this year. The black-and-white image chips show daily coherence analysis indicating ground has been disturbed.

World's First and Only Option for Persistent Monitoring

ICEYE is uniquely positioned to provide comprehensive temporal and spatial coverage in three different imaging modes and – thanks to its large constellation – it is able to provide this coverage reliably for simultaneous programs and missions. That means ICEYE is able to deliver the data customers need, when they need it, with extremely fast delivery lead-times.

Each additional satellite launch will further increase the imaging capacity of the constellation and reduce revisit times. This is a turning point for many applications, as opportunities for real-time detection and monitoring of changes on the Earth surface begin to emerge.

Discover the quality and information content of Spot mode imagery for your monitoring applications: 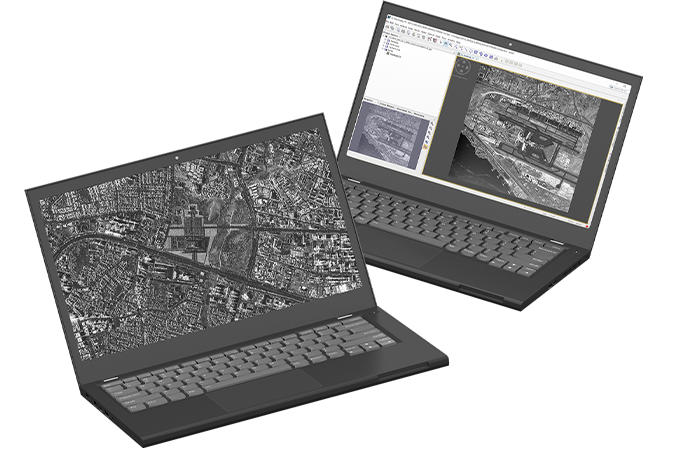