How SAR imagery secured a modern exploration mission that was in danger of failing due to sea ice and clouds.

In October 1915, Ernest Shackleton had to abandon his exploration ship “Endurance” in the frozen Antarctic Weddell Sea to save the life of his crew. The ship was crushed by the floating ice floes and finally sank under the ice 25 days later.

The Falklands Maritime Heritage Trust has organized an expedition called “Endurance22”. And in February of this year, the research ship and ice breaker “S.A. Agulhas II”, built in Rauma, Finland, set sail from South Africa with the goal of locating the wreckage of the original Endurance and exploring it with underwater technology. The expedition was a great success. 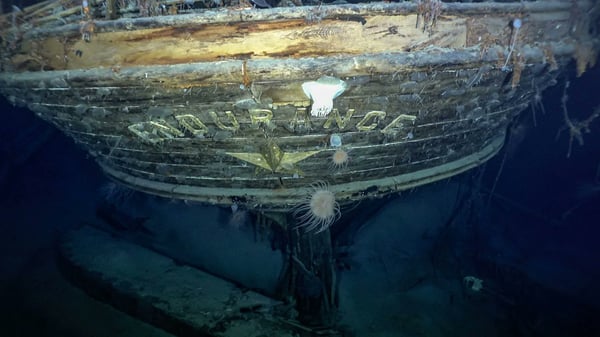 The expedition was supported by a number of nations and research institutes. Satellite imagery, especially the unique capabilities of synthetic-aperture radar (SAR) imagery, were crucial to its success.

The Endurance22 expedition set out to track down Shackleton’s lost HMS Endurance through hazardous ice floes in the Antarctic Weddell Sea. It became a critical expedition in its own right. Navigating through ice is still a huge challenge, even with the newest technology and sources of information.

Ships and their equipment operating in the Antarctic Sea are affected by low temperatures, high winds and varying ice conditions from slush to solid pack ice. And the icing of superstructures can also become a major issue by threatening the ship's stability. Additionally, there’s freezing rain, fog and overcast skies to contend with, especially at the ice-water-interface, which complicates matters even further.

Floe and pack ice make it very difficult and dangerous to navigate, and experts still recommend not entering sea ice areas if there’s an alternative open-water route available. In fact, even the icebreaker Agulhas II got stuck in this Antarctic search mission after a sudden temperature drop.

That said, new technologies like satellite imagery provide valuable information and can be critical to the success of a mission, as was the case with the Endurance22 expedition. Satellite data is the main and often only information source for sea ice classification and charting in remote Arctic and Antarctic regions. High-resolution SAR images are used as the main data source for monitoring sea ice cover for navigation ships, fishing and various marine operations. 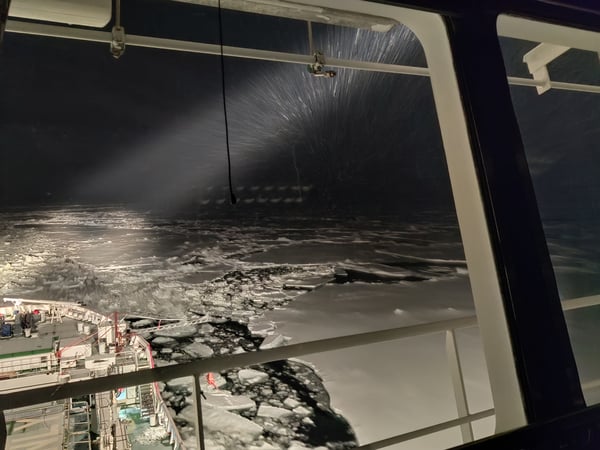 Figure 2. View from S.A. Agulhas II: condition in the Antarctic Sea during the night. Copyright of Drift+Noise GmbH.

SAR Data for the World's Most Difficult Shipwreck Search

After days spent battling constantly shifting sea-ice, blizzards and temperatures dropping far below zero, Shackleton’s HMS Endurance was found in the Weddell Sea at a depth of 3,008 meters.

With only one cloud-free day in three weeks, no other remote sensing data source besides SAR could provide reliable information to support the navigation of the S.A. Agulhas II expedition ship through the pack ice of the Antarctic Sea. SAR technology provides data day, night and in any weather conditions with high spatial resolution.

SAR imagery was absolutely crucial to the success of the Endurance22 expedition. It helped the ship navigate through the ice and avoid heavy ice when it was dark, foggy or snowing.

ICEYE high quality SAR satellite images were used as a map to navigate the icebreaker through the thick pack ice. The expedition team faced very large old ice floes in the region. Avoiding them was of critical importance. Young and old ice floes are very clearly distinguished in the SAR imagery, allowing the team to circumnavigate the old floes and remain within the wreck site search zone amidst the constantly drifting ice.

“The images were really helpful. SAR ICEYE images were used for tactical navigation through the ice. It worked wonderfully, we could reposition even one- or two-day-old images based on drift data, and they turned out to be of major importance for the bridge. They functioned as a road map for the vessel to avoid the heavy ice, even in the dark hours and when it snowed. Optical data would not be of help, we only had one really cloud-free day within three weeks.” 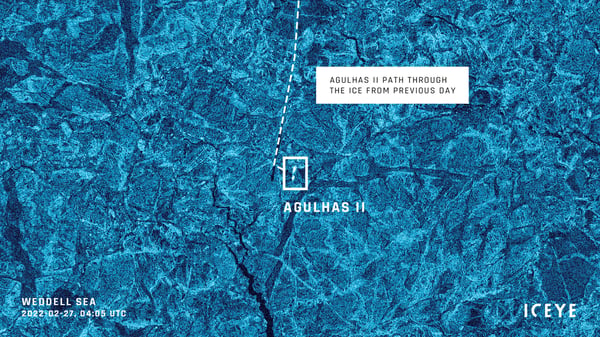 Figure 3. ICEYE SAR image showing the location of the icebreaker "S.A. Agulhas II” and the path the vessel took through the sea ice on February 27, 2022.

The wreck of Shackleton’s HMS Endurance was found on March 5. ICEYE acquired an image the day before, offering information in a completely clouded situation.

The dramatic expedition to find Ernest Shackleton’s exploration ship “Endurance” in the frozen, cloudy Antarctic Weddell Sea illustrates the importance of reliable, up-to-the-hour sea ice maps that only SAR imagery can provide. SAR images like this make an essential contribution and are crucial to the success and safety of missions. 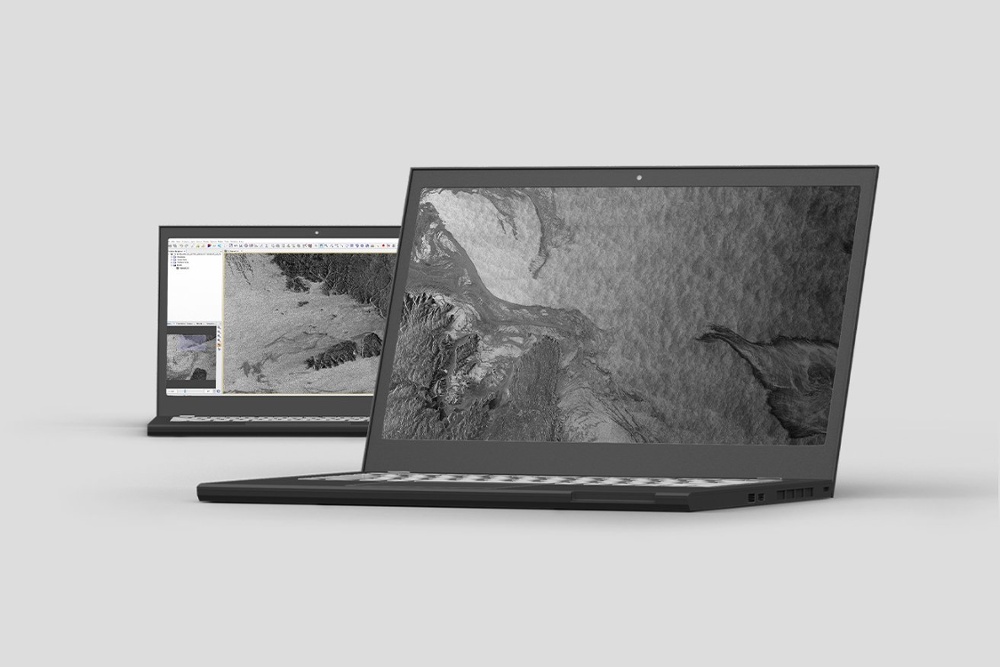 SAR data is of enormous value for applications in the field of change detection, and machine learning (ML) offers great promise for scaling ...