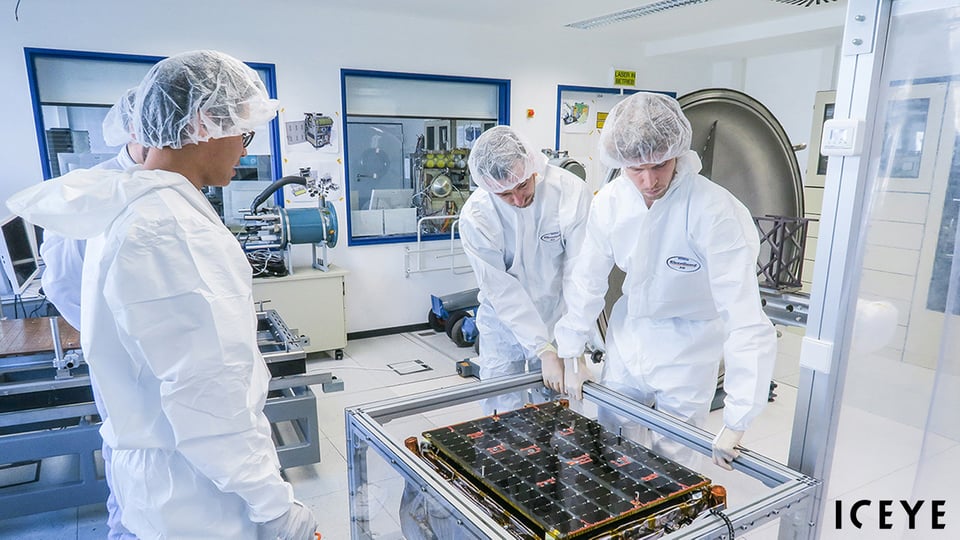 Owning the world’s largest SAR constellation, ICEYE is the only company in the world that can provide customers with complete SAR satellite missions delivered in months.

Governments and large multinational corporations are able to purchase their own radar imaging satellites from ICEYE and operate them independently, or arrange ICEYE to manage the spacecraft exclusively on their behalf.

“We have pioneered advances in electronics, spacecraft engineering and on-orbit computation so that we can manufacture high performance, smaller and less expensive SAR satellites to meet the imaging requirements for international customers,” said Rafal Modrzewski, CEO and Co-founder of ICEYE. “We have been listening carefully to the market and we are responding to the strong need for this unique offering.”

The new Missions line of business will be led by Steve Young, a seasoned space and aerospace professional, formerly acting as ICEYE’s Vice President of Business Development and Sales. Prior to joining ICEYE, Young worked in executive positions at BAE Systems. In 2015, he helped co-found the New Space company Earth-i, a high-resolution satellite imaging provider, after a previous role as the Head of Business Development and Sales for Surrey Satellite Technology Limited (SSTL). In 2011, he was made a fellow at the Royal Aeronautical Society.

“For the longest time, the potential to see anywhere on the planet has been there, but it’s never been fully realized,” said Steve Young, President, Satellite Missions, ICEYE. “Part of that has been due to the limitations of the current systems which can’t image at night or through clouds. ICEYE’s SAR satellites can see day or night and during bad weather. This is truth data that you simply can’t hide from. As the only organization in the world to rapidly deliver proven high-precision SAR satellites, we are excited to offer our ICEYE SAR satellites for customer missions and enable organizations to have independent control of this reliable and repeatable information source.”

ICEYE has already secured complete satellite missions with several international customers including, two of the satellites launched in May 2022 which were provided to the Brazilian Air Force (BAF). The BAF will own and operate the satellites in support of environmental and national security objectives. Due to South America’s almost constant cloud-cover in certain areas, radar imaging satellites are the only truly viable solution to reliably capture the data required.

In December 2021, ICEYE also entered a partnership with Canada’s MDA Ltd. to supply a SAR spacecraft for its next generation commercial Earth observation system known as CHORUS. The ICEYE satellite will work in conjunction with MDA’s broad area C-band SAR satellite following the same ground track to enable cross-cue operations between the two satellites.

Unlike traditional Earth observation satellites, ICEYE’s radar imaging satellites, each weighing around 100 kg, can form high-resolution images of areas of the Earth in all lighting and weather conditions multiple times a day. Imagery can be collected over very wide areas, up to thousands of square kilometers, or over small and precise points of interest. In the high-resolution collection mode, the images are detailed enough to see changes on the ground as small as footprints across a field or vehicle tracks in the sand.