During his state visit to Finland, the President of the Republic of Korea, Mr. Moon Jae-in met with ICEYE.

During his June 10 state visit to Finland, the President of the Republic of Korea, Mr. Moon Jae-in, also met ICEYE’s founders, Rafal Modrzewski and Pekka Laurila.

“This is the greatest startup I’ve ever heard of”, President Moon said through an interpreter, as reported by Aalto University hosting the visit.

The President was briefed on ICEYE’s technology, successful satellite missions, and the company’s partnership with APSI. 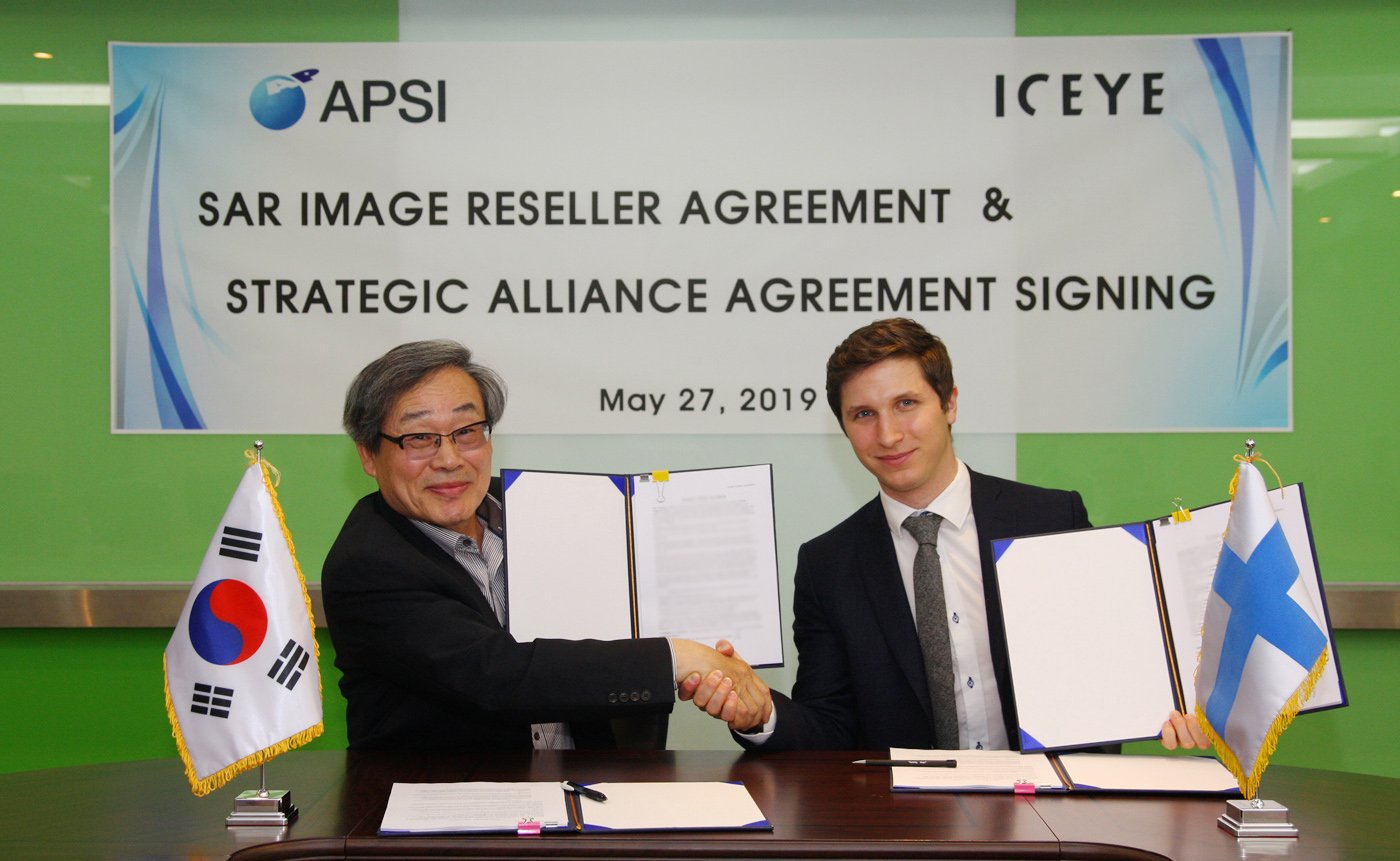 Jang Soo Ryoo, Ph.D Chairman and CEO of APSI with Rafal Modrzewski, CEO and Co-founder of ICEYE at contract signing in Seoul, Republic of Korea.

Through this extended agreement, APSI will be the exclusive supplier of ICEYE’s SAR imagery to South Korean government and commercial customers, and together the companies are delivering radar imaging solutions to the South Korean market. “This strategic alliance with APSI accelerates ICEYE’s growth in South Korea, and by extension, increases the commercial availability of SAR data to South Korean data users,” said ICEYE CEO and Co-founder Rafal Modrzewski.

ICEYE is currently delivering SAR data to government and commercial customers using its ICEYE-X2 satellite in orbit. In addition to launching up to 5 more SAR satellites throughout 2019, the company has developed a new generation of an on-site SAR processor available for its customers.

About ICEYE
ICEYE is commercially operating its own commercial constellation of small SAR satellites, with ICEYE-X2 satellite data available to customers and up to 5 more satellites scheduled for launch this year. ICEYE empowers others to make better decisions in governmental and commercial industries by providing access to timely and reliable radar satellite imagery. The company is tackling this crucial lack of actionable information with world-first aerospace capabilities and a New Space approach. ICEYE’s radar satellite imaging service, with coverage of selected areas every few hours, both day and night, helps clients resolve challenges in sectors such as maritime, disaster management, insurance, and finance. For more information, please visit: www.iceye.com 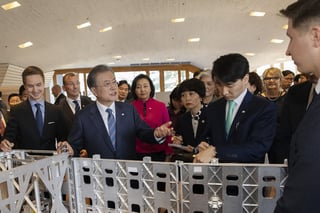 "During his state visit to Finland, the President of the Republic of Korea, Mr. Moon Jae-in met ICEYE co-founders and was briefed on the collaboration. Photo: Heli Sorjonen / Aalto University"

"Jang Soo Ryoo, Ph.D Chairman and CEO of APSI with Rafal Modrzewski, CEO and Co-founder of ICEYE at contract signing in Seoul, Republic of Korea."