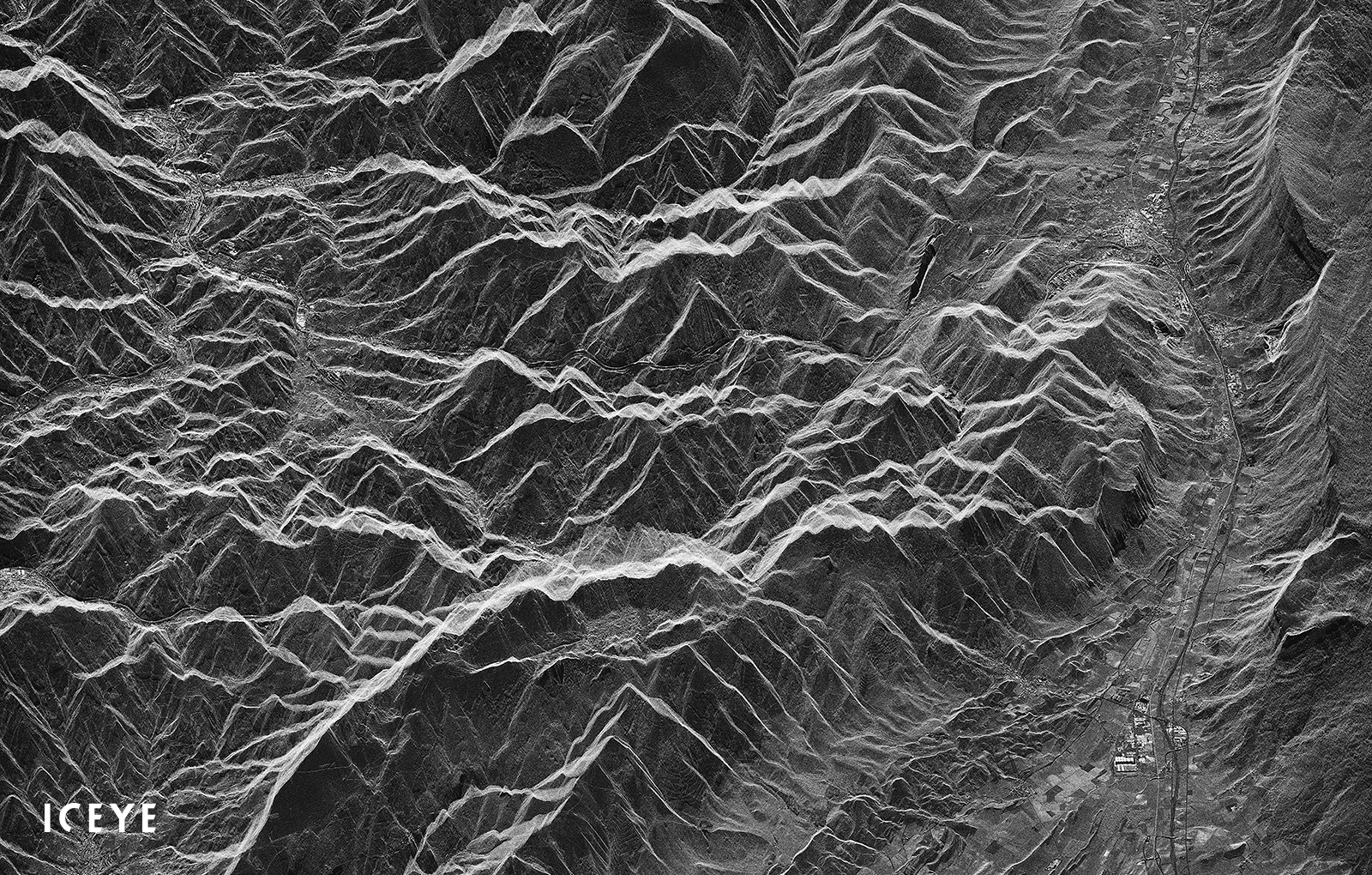 The compressed image released to the public portrays the mountainous areas between Aralar and Aizkorri-Aratz Natural Parks, during night time. The area features the Basque Mountains and several communities connected by infrastructure. The published frame contains over 500 square kilometers of land, from a roughly 20x25 km area, originally imaged at 3x3 meter resolution. The published image is a significantly compressed file, as the original data downlinked was 2.4 gigabytes in size for just this individual frame.

“Our remarkable team is committed to keep delivering world-leading radar imaging satellites to help others make more informed decisions. We are ecstatic to have had not one but two groundbreaking missions this year,” said Rafal Modrzewski, CEO and co-founder of ICEYE. “Is it incredibly hard to develop small SAR satellites at such a fast pace? Absolutely. Is it impossible? The achievements of our team speak for themselves.”

ICEYE established successful communications with the satellite within hours of its launch. After the initial connection was established, ICEYE-X2 went through a smooth early orbit phase and payload commissioning. The company continues to improve the in-orbit imaging capabilities of ICEYE-X2 with further testing, before starting commercial operations with the satellite. Following this launch, ICEYE plans to launch up to 8 additional SAR satellites by the end of 2019.

ICEYE’s world-leading SAR technology, developed in-house, can provide imaging from low Earth orbit during any time of day and even through cloud cover. This first image from ICEYE-X2 paves the way for ICEYE’s commercial imaging services for a wide variety of customers. The company is focused on making very significant improvements on how often actionable and reliable information is available from any point on Earth for operational uses. This new source of timely and reliable data is valuable for various sectors, such as maritime, agriculture and insurance.

“The success of this mission is another key step in showcasing to our customers the concrete and significant benefits of SAR on small satellites,” said Pekka Laurila, CSO and co-founder of ICEYE. “We look forward to delivering continued successes, and turning them into direct value for our customers.”

About ICEYE
ICEYE empowers others to make better decisions in governmental and commercial industries by providing access to timely and reliable satellite imagery. The company is tackling this crucial lack of actionable information with world-first aerospace capabilities and a New Space approach. ICEYE’s radar satellite imaging service, with coverage of selected areas every few hours, both day and night, helps clients resolve challenges in sectors such as maritime, disaster management, insurance, finance, security and intelligence. ICEYE is the first organization in the world to successfully launch synthetic-aperture radar (SAR) satellites with a launch mass under 100 kg. For more information, please visit: www.iceye.com

"An artist's depiction of ICEYE-X2 SAR satellite in orbit."